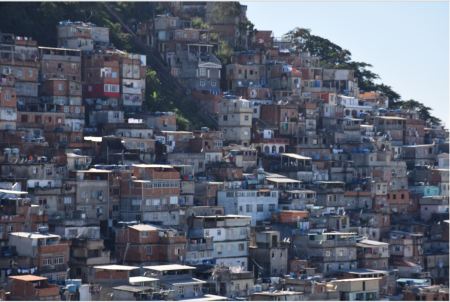 (1) Part I, rough ideas: In a scholar sense we use the term “urban informality” to name the peripherical fabric of Global South cities (favelas, barrios populares, villas de emergencia, campamentos, ranchos, chabolas). Hence, we develop research to organize a common discourse; although, perhaps we need, after decades of investigation, make a pause and re-think Orientalism of Edward Said:

My contention is that without examining Informality as a discourse one cannot possibly understand the enormously systematic discipline by which mainstream culture was able to manage—and even produce—the informal settlements politically, sociologically, militarily, ideologically, scientifically, and imaginatively during the contemporary period.

What is the form of the informal settlements? There is a relationship between formal and planned city, as we know the pioneers of planning, they were concerned about the millions of poor inhabitants of the Victorian slums, for them the organic urbanization was lack of order and form.  With the time, the result of this first intention to build a social order was the mass suburbanization; despite this effort to shape the unshaped, the formal city has been constantly informalized. As example we can think about City of God, an “informal settlement” in Brazil, which born as a formal social housing project, but with the time it was favelized. Thus, what is the urban form of City of God? As a first answer we can say: “it has a form of a Favela”; but, what is that? In one of her liminal books, Judith Butler linked gender and performance to develop a theoretical proposal “The effect of gender… must be understood as the mundane way in which bodily gestures, movements, and styles of various kinds constitute the illusion of an abiding gendered self”, we think that the same happens with urban forms; the particularities given by different names, matters. 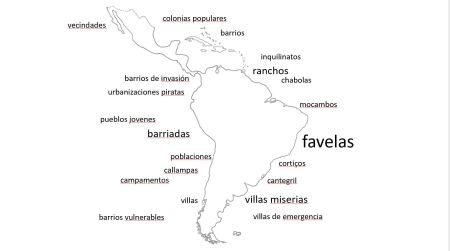 In a chapter included in The Handbook of Urban Planning, Ananya Roy remember a proposal that she wrote along with Nezar AlSayyad in 2004, on urban informality. In the article Roy re-analyze their definition of informality as “a way of life”, and from there she proposes that there is no difference between formal and informal, so she argues that there is an informal city, and an informal practice planning.  The problem about this blurring intention is that this create a false representation of the other urbanization (favelas) and, as bell hooks said: “we cannot ignore the issue of representation, as it determines who gets to speak to, with and for us”; naming is a sharp form of power.

As Spanish and Italian speakers we don’t have a common word for these urban settlements. In the case of Latin Americans, I think we don’t need it, we know, I don’t know how, but we know, that we are many in one, meaning that we are aware about our cultural differences, but we have the intention to join and enjoy the virtual sameness. These names refer to many different contexts, forms and processes. It is in this complex variety where our advantage relies on.

At this point of our research we realize that we opened a “pandora’s box”, that dozens of names they represent only a level in the relationship between urban forms and names; the spatial professionals we are used to see urban form as outsiders, and we are too obsessed with physical reality, maybe that is the reason that we don’t see much difference between settlements with different names, but commonly people perceive urban space from inside, so we need to talk about forms and hyper-forms). Facing the pandora’s box, our proposal replaced the object of study, and it becomes virtually and ongoing hypothesis: Des-informalizing . . .