In the last two blogs, I discussed the Phase 1 and Phase 2 of slum redevelopment policies. In phase 1, the key aspect of slum redevelopment was slum removal- the emphasis was on modernizing the cities and creating clean healthy cities. During Phase 2, the emphasis shifted to self-help, in-situ upgrading, these programs were low cost and were incremental approaches to improve the living conditions. 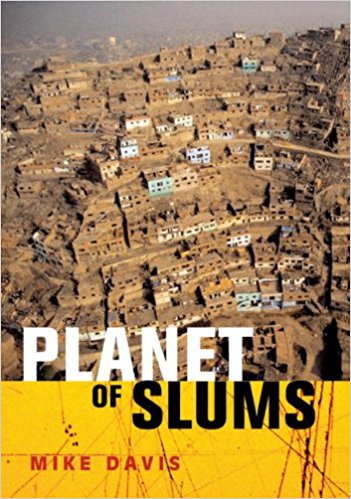 Enablement is defined as providing the legislative, institutional and financial framework whereby private entrepreneurs, communities, and individuals can effectively develop the urban housing sector. Enablement is also a key part of the New Political Economy (NPE)—a theory of political economy, which was adapted and developed from earlier neo-liberalism (Pugh, 1995).
Enablement created opportunities for partnerships and interdependence among state agencies, markets, NGOs, and individuals. Davis (2006) argues that enablement corresponded to the reorientation of World Bank objectives under the presidency of James Wolfensohn whose decade in office began in June 1995. Wolfensohn sought to make “partnership” the new centerpieces of his agenda. Third World governments were required to involve NGOs and advocacy groups in the preparation of the Poverty Reduction Strategy Papers (PRSP) that the Bank now required as proof that aid would actually reach target groups (Davis, 2006).
In this phase, the World Bank, the United Nations Center for Human Settlements (Habitat or UNCHS) and the United Nations Development Program (UNDP) joined together in 1986 to form the Urban Management Program, which hoped to improve performance in developing countries in land management, municipal finance, infrastructure services, the environment, and building up the capacity of urban management institutions (Pugh, 1995).
One of the key features of this phase was the increasing role of non-governmental organizations (NGOs). Grass root organizations can play a prominent role in devising homegrown solutions to the problem of slums. As the Markendaya Project demonstrated, the NGO Society for the Promotion of Area Resource Centers (SPARC) played a lead role in it. SPARC involved the residents in the design phase and built larger units than what would have been built by the municipal government. The design of the building incorporated innovative features such as loft areas to allow for storage, common toilets to reduce the cost of construction and terrace space to allow for communal gathering.
However, the Markendaya Project is also an example of the various hurdles that one has to jump through to enable implementation. The project took nearly ten years to be built and faced multiple financial and bureaucratic challenges, and it clearly indicated that future slum redevelopment must have unambiguous financial and institutional guidelines to allow for a smoother development process.

The Markandeya Project in the Dharavi slum of Mumbai is based on the theoretical backdrop of NPE (New Political Economy) where NGOs play a key role in redevelopment efforts, and the emphasis is on decentralization. According to conventional wisdom, decentralization is an initiative to increase the scope of direct decision-making and the responsibilities of participants in the housing delivery process. However, Mumbai’s case suggests that decentralization for slum redevelopment may also lead to conflicts related to claims on the new assets, particularly where high-value property assets are being created. Conflicting demands about who is to capture how much benefit and why can generate conflicts of institutional interest (Mukhija, 2003).
The Markandeya slum is part of Dharavi, Asia’s largest slum, and was selected for reconstruction under India’s Prime Minister Grant Project (PMGP) in 1988, and was implemented without the participation of the World Bank. The Markandeya Cooperative Housing Society (MCHS) decided to reconstruct low- rise housing with the support of the local NGO SPARC. In 1998, the first of the residents moved into the newly constructed apartments. Mukhija (2003) outlines the institutional, physical and financial challenges that the NGO faced over the ten-year period of reconstruction.
SPARC is a well-respected local NGO with global connections. Despite its reputation and its expertise, SPARC faced a multitude of challenges in implementing the Markandeya Project. The first were with PMGP, the central agency created to run the slum redevelopment program. SPARC and PMGP had disputes throughout the ten-year redevelopment process on issues ranging from the physical issues (size and number of units) to financial.
From a physical perspective, the project changed several times over the years. While the initial project was a low-rise building with 94 units, common toilets, and a community terrace, over the years as the developer changed and the land regulations allowed for higher density, the number of units was increased to 180. Given the increased cost of construction, community toilets were replaced by individual ones.
SPARC struggled to finance the project, which was eligible for a low-income housing loan from the Housing and Urban Development Corporation (HUDCO)1. Despite having a mandate to help low-income residents, the agency demanded collateral for the loan. SPARC was able to provide the initial collateral, and, in 1992, it convinced the Belgian Foundation SE- LAVIP—Servicio Latino Americano y Asiatico de Vivienda Popular—to provide HUDCO with a bank-guarantee for the Government of India’s housing finance agency’s entire loan. But by the middle of 1993, as the cost of construction increased, SPARC was faced with two options: either take out another loan at a higher interest rate or build additional market-rate units to reduce the burden on the residents. The MCHS members chose to increase the number of units.

Mukhija argues that the enabling approach consists of decentralization, demand-driven development, privatization, and deregulation. However, there are major shortcomings in such a conceptualization. The approach is merely based on doing the opposite of what is believed to have failed, and there is no empirical evidence to substantiate that this will work, or that it is the best and only alternative (Mukhija, 2003).
While several former critics have hailed the participatory turn at the World Bank, Davis (2006) argues that the true beneficiaries of the enablement approach are the big NGOs rather than the local people. He, along with other critics, points out that the PRSP process has bureaucratized and de-radicalized urban social movements.

One thought on “Evolution of Slum Redevelopment Part 3”