The highway between the informal settlement of Petare and the formal one “La Urbina”, in Caracas, has become a global symbol of urban exclusion. Frequently its image is used in conferences, post and presentations to exemplify the worst of segregated and unequal societies.

It is certainly an astonishing picture: to the west the formal big buildings, to the right the apparently infinite informal settlement. In the middle the road, almost as a knife. A lonely bridge as the only link between two separated realities.

The separation is of course true,  and the picture represents a real and huge problem. It is too simple, however, to just see the case from above, from the top, ignoring the real life happening at the ground level.

During the last months, my architecture students at Simon Bolivar University, in Caracas, have been looking for design opportunities along the limit. They have found a wide variety of spaces, urban dynamics and all sorts of relations linking the two parts.  And also multiple walls and separation at small scale.  But along with the problems, there are chances for  projects that potentially could improve the life of people in both sides.

The projects are still in process, but the  pictures, resulting from multiple visits,  that have inspired the proposals show an interesting point of view. A point of view closer to the people and their troubles. Here they are: 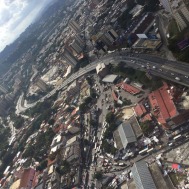 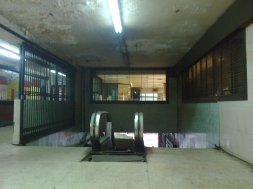 One thought on “Inside the limit”