While visiting Quito during Habitat III, I had the fortune to accompany some Chilean and Mexican architects to a number of social housing projects in Quito’s downtown. Part of a fascinating program, I want to share with you some of the projects and findings in this post.

Quito underwent tremendous efforts to rehabilitate its downtown in the 1990s. This entailed cleaning and opening public space opportunities, addressing mobility and transportation issues, regularizing street vending, and restoring the city’s colonial architectural heritage. Some of the main goals included the reintegration and appropriation of the downtown, and the enhancement of tourism for the area and the city. 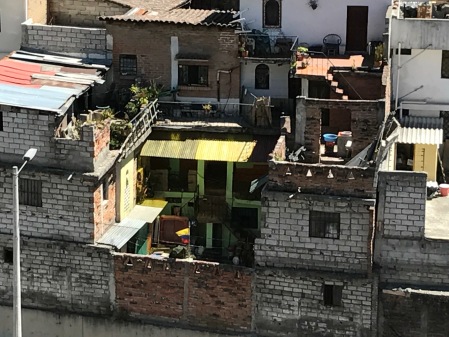 As one of the main focuses to reactivate the downtown, the city looked at enhancing live-work opportunities in the area aiming to convert existing properties to residential use; thus, making them more habitable and adapting them to the new needs of the city and its citizens. Most of the projects I visited were in fact renovated structures, converted to accommodate housing alternatives for a variety of families and populations. The latter are part of a larger program funded by the Junta de Andalucía and the Spanish Agency for International Cooperation, in collaboration with the Mayor’s Office of Quito. 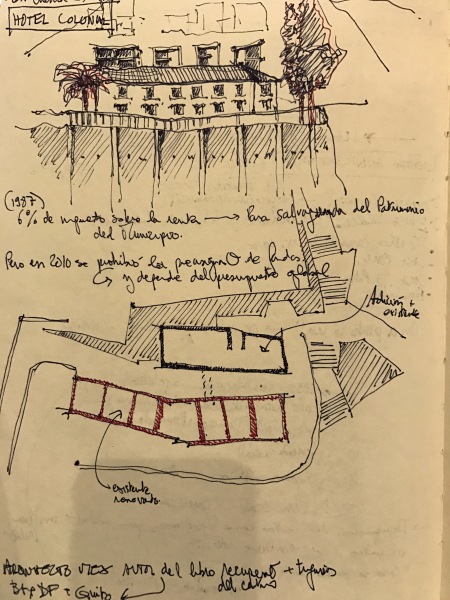 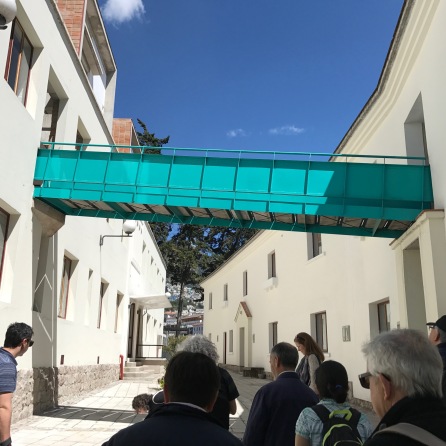 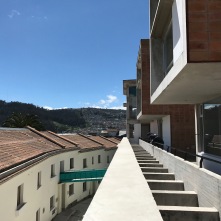 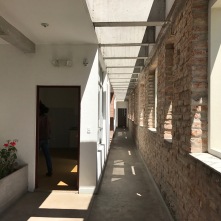 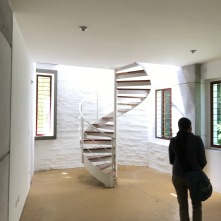 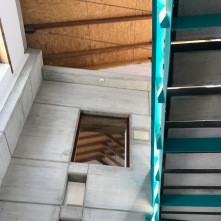 Above: Project HOTEL COLONIAL, social housing. Rehabilitation of an existing structure and construction of a new addition

For a first phase of the program, specific architects were invited to work on particular projects and encouraged to continue working in collaboration with the Junta in order to provide efficiency and continuity within the program. In more recent phases and projects, design competitions have taken over, allowing the opportunities for a variety of architects and actors to make proposals. 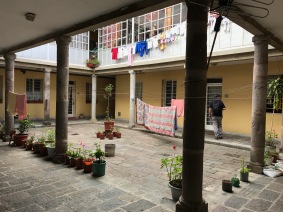 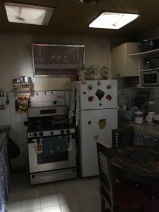 Above: CASA DE LOS 7 PATIOS,social housing 1990s. One of the first projects for the “Pon a Punto tu Casa” program

In terms of the financing, funding comes from the Municipality and the Junta de Andalucía, and also stems from the sales of previous social housing created/converted in the downtown. Contingent on the latter, I have to point out that not all funding goes into fully renovated/implemented projects, but instead, a good amount is distributed as soft financing credits to help other downtown neighbors with their own refurbishments and improvements. These are part of the programs “Recupera Tu Casa” and “Vive Tu Hogar.” Contingent on the latter, the program aims to be self-funded and have continuity as the loans are repaid and reinvested in the downtown community. 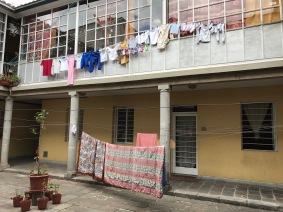 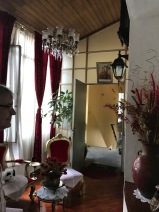 Above: CASA DE LOS 7 PATIOS, social housing 1990s. There were 20 existing residents to the house that still continue to won the units, and some live there though much of the housing is now subleased. The images above show the interior of one of the top units (3 bedroom including a top floor with an additional room and work space)

Today, the program counts with over 400 housing units provided/rehabilitated and an even larger number of requests in the waiting list. In addition, the Junta de Andalucía ir working with the City of Cuenca to implement similar strategies and establish a parallel program. The first phase projects include the rehabilitation of an old hat factory también esta iniciada.

The majority of the projects I visited rely on direct implementation, and very few engaged an existing community or group of residents for the construction or design on the homes.

Aside from specific housing structures already housing residents, the new housing units are use a lottery system to find new users/residents. Requirements to enter the lottery don’t necessarily have to do with income- which is quite interesting- but with the level of existing engagement with the downtown (do you already live downtown? Do you work or have some property downtown?). In this, the programs privilege downtown appropriation and interests over social or economic hardship/differences. Thus, the aim for the downtown is to have some diversity and thus the renovation and proposal of new living quarters seek to reflect multiple units types and dimensions in order to accommodate a heterogeneous group of people and needs.

For the projects where residents were living in the structures, a participatory process did take place; though, unfortunately, I wasn’t able to gather too much information on the latter. 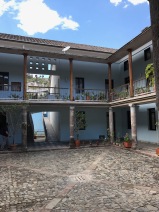 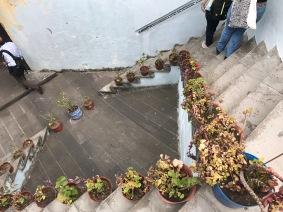 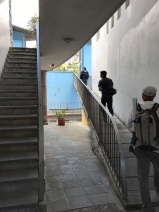 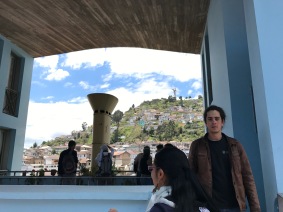 Above: CASA PONCE, 1990s social housing. A central courtyard defines this XVIII century house. Split levels were created as one continues past the main courtyard in order to accommodate additional housing units and a sunken communal yard used primarily for drying laundry.

In terms of engaging the surroundings, I do want to point out that one of the projects had a strong proposal to tie into the surrounding space thorough a cohesive urban design proposal. The latter only remained a proposal as the architecture was solely prioritized in the implementation, missing an opportunities to further connect and integrate the intervention and improve the infrastructure and services for the overall community, in an area that neglected and blighted.

To finish this post, I want to highlight that we are seeing similar efforts for downtown rehabilitation and social housing in cities such as Sao Paulo (Brasil), and Santiago (Chile), amongst others. Currently spending a good amount of time in Washington DC, I can’t help but think what an amazing opportunity this the South-North cross-pollination could bring. It opens possibilities to is to convert some of the left-over structures and spaces into social housing, at a more punctual scale- more like urban acupuncture rather than large housing complexes- while at the same time enhancing the preservation of specific architecture and typologies, and adapting them to new uses and needs. These types of projects in the district, would provide much needed housing alternatives to counter the strong waives of gentrification and displacement happening in the city. 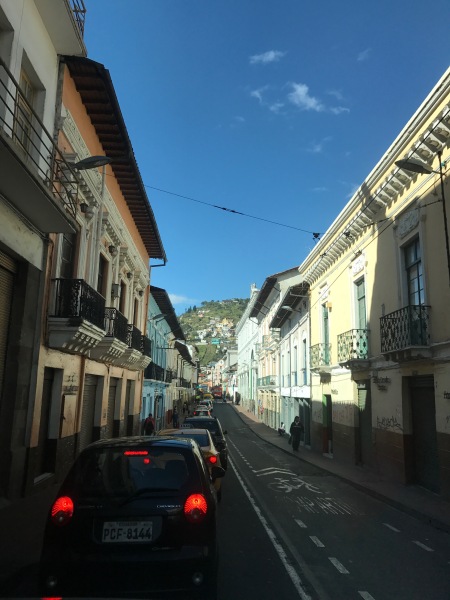