Post by Diana Maldonado & Marysol Uribe. [1] In the current times, facing the paradigm of the post-global world, the question of identity as heritage seems to be located at the center of the discussions. The connection between identity, territories, architectural objects is undeniable. However, in a world that is local and global at the same time, with a society based in networks, “moving” in the space of flows more than in the space of places, and a large number of displaced people, a critical review of this relation, and the concepts linked with it, looks necessary. 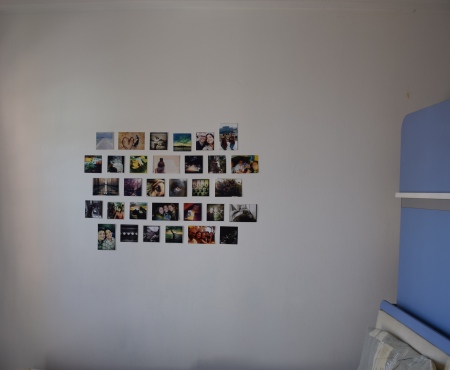 Territories are defined by human action, and they shaped collective and individual identities, their formal expressions are called architecture, settlements, cities, states and nations, the performance gives them the quality of heritage. Despite the fact that urban-architectural narratives and educational programs have been including spatial experiences, the obsession for architectural form and tangible legacy, although remains; icon architecture, from landmarks to dwelling-houses, is created to be the quintessential heritage and the ultimate value of identity. This paper will argue that if we understand architecture from a geographical perspective, meaning architectural object as territory, then the spatial nostalgia through memory will allows us might consider immobile objects as mobile ones; hence, the core of personal identity (home) could be built and re-built elsewhere.

Stories about spatial experiences shaped virtual territories, which are home of many places. Everyday life’s stories are, actually, moving maps of identity, thus, heritage is always in construction and the spatial disciplines should be a fundamental part of this process. Using examples of dwelling houses located along US-Mexican border, we propose a mapping model of the elsewhere; tracking remembrances, dreams, routines, hyper-realities, lost paradises and hopes, we could re-define the meaning of the immobile objects and its role in the idea of heritage. An ongoing map of migrant identities will be the strategy to survive the planetary urban/human crisis of the 21st century: TO BE CONTINUED…