Global urban acceleration process has joined multiple problems as the incidence in global warming and the urgent need to reach sustainability levels very soon. The urban process must become friendly to environment and increase the quality of life for a rapidly increasing population.  Global Environmental treaties have not gone smoothly. Between Kioto and Paris agreements, particular interests  oppose  global answers. It is preoccupying how far normal citizens feel from these world politic level, or rather how powerless. 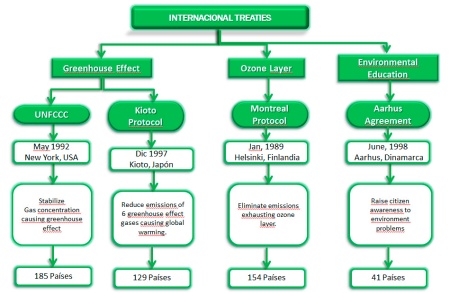 Environmental Teams have stated evidence of rapid ecosystem quality decline. How to connect a slowly growing consciousness to the action needed from the population to build up the collective initiatives required to halt global warming.

Assuming the incidence of cities over the planet integrating an increasing volume of city habitants to sustainability efforts cannot be imposed from above but by bottom-up conviction.

Everyday urban problems, those suffered by common citizens far from levels of decision making, are met/discussed/ analyzed on high political/economical levels. That fact seems to frustrate initiative from the majorities which could achieve the necessary changes of paradigm.

The acceptance of elected authorities is based  on the efficiency to produce answers and solutions, but elected authorities in order to do just that need to coordinate all forces and operators, giving credit for efficient participation. If part of the population was excluded from decisions affecting our world, by lack of information or participation, success will be difficult and limitations will be seen as unfair impositions. Not being clear on the consequences and disadvantages for each sector. The balance between high vulnerability, poverty striken countries and those strong, low vulnerability, countries must justify different considerations  to some, and special benefits to others.

Efficiency of government structures or political systems must be evaluated on 2 grounds: Governability understood as the capacity or the political system to reply to the demands of society; and governance: capacity to coordinate and maintain alliances between actors. The first alludes to response capacity while the other speaks of coordination. Its combined force is basic to apply corrective measures to urban development and informality.

The urban policies to counter the effects of informality have not rendered expected results; huge resources invested have benefited a small part of the population, the scale achieved is not significant to sustainable urban development.

Global signs seem to indicate new roads for city democratization understood as direct management of cities by their citizens, not by political parties or technocratic or corporative elites.

“Pedro Kumamoto, first Mexican congress man (2014) to reach charge without a political party, is  activating citizen local labs to work his political line from municipal field, over stepping his competence. His group motto is “occupy the city, inhabit politics” one of his priorities in Jalisco is finding spaces and methodologies for the hipper- local dialogue.

“In Spain we find the same situation but in a different direction: new municipal governments with the ambition to overstep their competences. The explosion of Spanish “municipalism” is the visible face of the increasing role of the city and local government in the world. Recent elections have conquered through independent citizen groups the government of relevant cities like Madrid Barcelona y Zaragoza. The British journalist Paul Mason considers these movements is already building a new model of city based on collective intelligence and citizen collaboration which will dispute supremacy of the smart city paradigm based on great neoliberal corporations.” “Competences over certain matters exceed the municipal circle, but cities can activate mechanisms, finding legal breaches, and open a narrative of Participation resistance and common action.”

“These cases open the possibilities of a global city network oriented to common benefits. The Hyperlocal could reconnect globally into a new ecosystem in which superstructures representing national states have less influence in   politics. ? Which should be the model city of the 21th century? What are the challenges in a world with nations affected by global economy? The role of cities into new routes of governance could be the way. Municipal government could impose other political agenda based on social movements and an empowered citizenship building politics out of the traditional spheres. On ancient times Phoenicians, Greeks or Carthaginenses produced city networks not responding to state form.  The Hanseatic League, with no army, was other examples, more, of anti- state cities than of state cities.

The article “We can’t Allow the Tech Giants to Rule Smart Cities”, from Paul Mason, claims against techno- control of cities by great corporations. He spreads a vision of the «non-liberal smart city» applying 3 principles not usually welcome to the corporate world: openness, democratic participation, and a policy to keep public service data, public. He points at the new municipal web Decide Madrid as radical democracy based on free technology: Instead of perceiving the city as a system to automatize and control this new vision perceives the city as a Diverse Ecosystem of uncontrollable human networks. 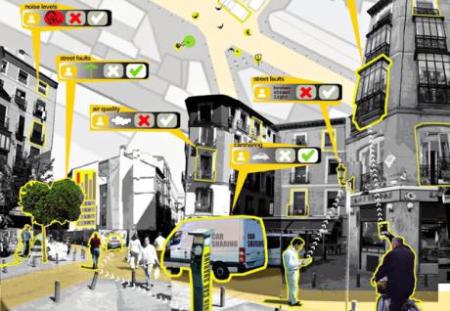 The DCDCity-Aire Madrid, inspired on the project Air Quality Egg developed in New York and Ámsterdam, seeked to build a community around air quality problem in Madrid. The method: participative capture of data with free technology. The origin of the project reflects the importance of synergy of public and autonomous citizenship which activates processes independently from governments.

Independent project Los Madriles, an atlas of Neighborhood initiatives mapping hundreds of projects, is being used by the new local government to understand the autonomic dynamics working in Madrid. The 2016 budget, introduces participative management by neighbors. Madrid Municipality has approved 2015 a Regulating Frame for transferring Spaces to Social Organizations placing the responsibility of public buildings and spaces to the people.

These are pivotal points with enough power to intensify the scale of positive urban intervention including the citizen and technology in a common place to formal-informal, citizen and representative in a balance of power and collaboration.