You can hardly throw a digital rock without hitting Brazil-related reporting these days. As big a deal as zika/microcephaly is becoming and as much attention as Olympic preparation has grabbed over the past years, Operação Lava-Jato is the true news megagenerator of the moment.

As Rio-based Pulitzer prize winner Glenn Greenwald has pointed out, America’s popular media has been relatively quiet about Lava-Jato given the real-time significance Brazilian political and economic outcomes bear on the world stage, and perhaps because of the deeply strange election cycle we’re hosting of late. But Lava Jato-extends way past the simple questions of casual corruption, or partisan tribalism. It goes back beyond Brazil’s democratic founding and even practically all the way to colonialism.

Most of the headlines, it seems, focus on accusations leveled against President Dilma Rousseff, against former President Luiz Inácio “Lula” da Silva, his subsequent appointment, and blockage as a cabinet minister, and her refusal to resign in the face of calls for impeachment and allegations of corruption.

Dilma has been popular enough to win elections. But has faced much opposition throughout her tenure—opposition that reached fever pitch by the close of 2015 with demonstrations increasing in noise and number. Heading into this weekend’s Impeachment vote, Brazil finds itself extremely divided and in a mire of immense uncertainty.

On the one hand, Worker’s Party Supporters seem to believe the unbelievable, that even as Minister of Energy under Lula, Petrobras Board member, and despite the plea bargain claims of certain partisans, that Dilma is absolvable of wrong-doing. 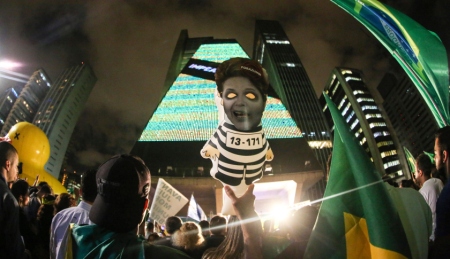 The mechanisms of power manipulation and financial misbehavior being investigated by the Lava-Jato process lend themselves to an entire discussion that we simply lack space for here. Suffice it to say, that it strains credulity that Lula or Dilma is innocent in any meaningful way.

But when they claim their innocence as they are doing so unwaveringly, they seem careful and  perhaps overconfident. They remind me, actually, of listening to Lance Armstrong insist for so many years that he was no doper, that his wins were clean and honest. At the time, my thought was that lying about cheating would be so easy for him because cheating in his sport was the de-facto rule, and therefore could easily be considered honest. Just part of the game.

It appears to me that, unlike so many neo-colonial plutocrats caught up in these power-hungry games, that Lula and Dilma may be telling themselves (and by extension the world) that they are no cheaters because they didn’t spend the money on themselves. They have fairly clearly used money to fund political operations and elections, but neither of them appears to be doing all that much pocket lining through all of this. (57 Brazilian politicians’ names were included in the Panama Papers leak, but as yet, Lula and Dilma are not among them).

And, in a way, I understand the Petista urge to believe her when she takes the mic to defend her record.  I understand wanting to believe her when she lays it on thick about her days as a guerilla fighting the good fight against the military dictatorship. Clearly the Dictatorship era was no cakewalk. But she took it on, literally putting her body and soul on the line in defense of a freer Brazil.

I want to believe that she, of all people could be a grandma-haired Serpico, worried more about justice than her bank account. She was a champion for freedom and responsive governance then, how much could so crucial a personality trait change over the years?

But, then again. Maybe she really is just the least bad cheater, knowing full well that the first runner up would be and is the real cheater, and that she won as a less-bad cheater and bent the rules for the sake of the greater good. She’d of course not be the first politician to have such thoughts. Tragically, misapplication of influence and power, believing in the righteousness of the overarching cause, seems to be the framework of modern politics the world over. It seems so pervasive as to define the realities of the ruling class. It may be so consuming as to become water to political fish: just as unrecognizable and equally inevitable.

Meanwhile, the outcomes of average people, the strain of poor people, are left aside. If Greenwald is right that western, especially American media are ignoring Brazil, the only thing being ignored is what really matters. How poor is poor?  Mostly, the outcome of Lava-Jato is being discussed in terms of Inflation rates and bond ratings. But what does that mean in relation to the cesta básica and who can afford one and for how much work? 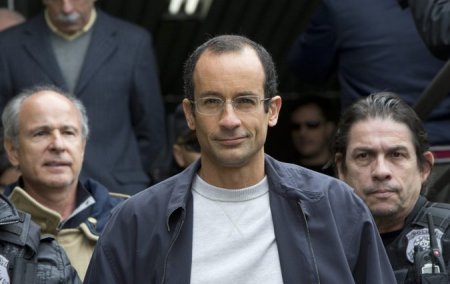 It is encouraging to see Brazil demanding accountability of politicians, recognizing together, to some degree or another, that corruption and self-service need not be built in to public life.  But as the Titans of society battle it out to decide who gets to cheat and how, that cesta básica isn’t getting any more affordable, the numerous salários mínimos it takes to make rent and fetch groceries isn’t stretching any further.

The rules of the game—whatever they are—are working out just fine for the ruling elites (who have escaped prison time), but as many of them are finally realizing, negative outcomes are possible. And that’s as it should be. That’s approaching the world Guerilla-Dilma doubtless had in mind. But I’ll do well, and Sergio Moro will do well, and so will Marcelo Odebrecht, and the rest of them will all do well to remember society the rules aren’t working if they’re not working for everybody in the game. Here’s to the search for rules that will.