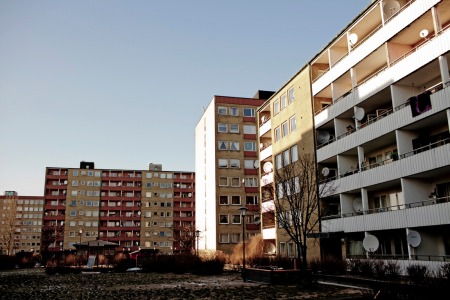 This is the fourth time I ask ‘But how will they all be housed’? And by now, you might be wondering who is the ‘all’ that I am referring to? And what does it mean ‘to be housed’ in my home city Malmö? To be able to answer this I will be exploring the local urban planning practices and the people of my city.

The post leans heavily on the chapter Normalising Neoliberal Planning: The Case of Malmö, Sweden by my professor Guy Baeten here at Urban Studies at Malmö University (2012) From the book:  Contradictions of Neoliberal Planning: Cities, Policies, and Politics (2011, Tasan-Kok, T and Baeten. G )

So who is the ‘all’ that I am referring to?

Even though I am looking at the housing situation in the context of what has been called ‘the refugee crisis’ in the city, it is important to include all – students, people with low income, the elderly with special needs and the newly arrived – that entire are in need of housing. Making differences between groups can cause friction and goes against the Swedish approach of universality in terms of housing (as I write in my previous post).

‘The desired’ and ‘the undesirables’

There has always been a fear that the city will be overrun by the people who are seen as a burden on the budget and housing stock while missing out on the arrival of the desired people. (Mukhtar- Landgren, 2009) I believe that the fear lies predominantly in the (perceived?) threat that you will lose your level of comfort.

In the 19th and 20th century the ‘undesirables’ were the strangers, often poor rural migrants, housed in transition neighbourhoods such as Kirseberg, while the ‘desirables’ where the entrepreneur and the industrialists were welcomed through for example the Baltic Exhibition held in Malmö in 1914.

Similarly during the last decades the neoliberal planning visions of Malmö aim to attract ‘the right people’ in the form of the creative class and the Danes who are typically ngaged in research, computing and media. Västra hamnen and Hyllie were established to attract and cater for this group. 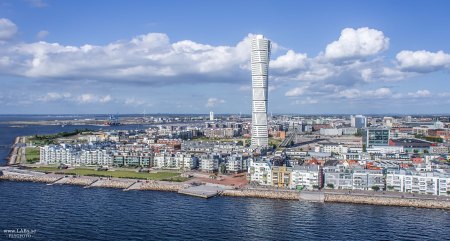 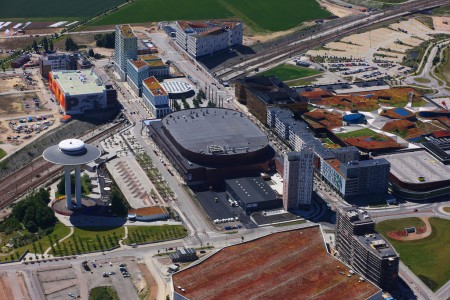 But the Danes didn’t come in the droves planned for. In fact they have been moving back to Denmark since 2010, today making up just over 2% of the city’s population, even though Copenhagen is only a 20 – 30 minute train ride away.

In fact Malmö’s renaissance over the last generation has been in conjunction with the arrival of the ‘undesirables’ – the non – European migrants, the muslims, the refugees and many from outside of Europe.  In 2014, according to the local authority, 31% of Malmö’s population was born abroad, of which half from outside of Europe.  Over 40% have a foreign background; the highest of any city in Sweden.

And what does it mean ‘to be housed’ in my home city Malmö?

Malmö’s urban planning is based on neoliberal planning principles , what Baeten describes as being the same as post-political planning with the separation between social and the political from the economic. Neoliberalism was set up, after the 1930’s crash blamed on classical liberalism, as the third way between classical liberalism and socialist planning or a market economy under the guidance of a strong state (also known as a social market economy)

“There is no clear break with the ‘social-demographic’ Malmö that precedes the current institutionalization of the neoliberal planning.”  (2012, Baeten) In other words there is little difference between neoliberal products such as Urban Development Projects and Sweden’s Million Housing programme in which the social – democratic government build more than 1 million new homes between 1964 and 1975. Both models are, as Baeten writes, impatient and optimistic!

Another professor of mine here at Malmö University, Per-Markku Ristilammi agrees and writes that both the housing estates built during the Million Housing Programme as well as the more recent neighbourhoods, the products of neoliberal planning such as Hyllie and Västra Hamnen want to bury the past and create new types of people. (2006, Ristilammi, Memento Rosengård in O.Sernhede&T.Johanssson (Eds.) Storstadens omvandlingar, postindustrialism, globalisering och migration. Göteborg och Malmö, Diadalos)

Ristilammi continues that such neoliberal products (both Urban Development Projects) and the social-democratic housing estates are equally a-historical with a contempt for tradition. Cultural differences and ethnicity are seen as problematic. Modernists wanted a more neutral city, so to be able to erase social divides and create modern people, with resemblances the neoliberals are also after a certain type. They aim to “populate the city with cosmopolitan open-minded creative educated liberals.” (2012, Baeten) The neoliberal city being maybe less universal in its outlook, leaning more towards a middle and upper class city.

To conclude, Baeten writes about the “systematic mismatch between the actual housing needs and the attempt at ‘demographic engineering’ through the disproportionate supply of luxury dwellings” to attract ‘the right people’. Modernism wants/ed to house all and make everyone into modern people by erasing divides.  Neoliberal planning is not so interested in housing all, but has a similar vision in terms of wanting a certain type of inhabitant.  But instead of changing the existing populations through ‘social engineering’, it aims to attract the ‘right’ people from elsewhere into the city.

The built environment professionals are designing for increasingly mobile people, either struggling with creating affordable housing solutions for the ‘sudden’ arrivals or on the other hand operating along the neoliberal planning visions of Malmö that are geared to attract ‘the right people’ from other municipalities and even other countries. Baeten concludes that the result of  “the contradictory aim to build for imaginary immigrants in the hope of attracting them while not building for the immigrants, who have arrived, forms the basis of an emerging double housing crises in Malmö.”

One thought on “‘But how will they all – ‘the desirables’ and ‘the undesirables’- be housed’?”