Listening to the question and answer portion of “Building Healthy Communities and The Bottom Line” at an Urban Land Institute-Houston event the other day, an audience member asked how the developers on the panel were integrating questions of personal health from a materials standpoint, within the walls of each building. Up to that point, as advertised, the discussion had primarily revolved around the neighborhood scale. The response he got was kind of a roundabout version of, “No, that hasn’t been much of a priority, we’re primarily concerned with the neighborhood scale” (my paraphrase is more direct). A part of the real response, though, that caught my attention: the respondent claimed, offhandedly, that LEED focuses on building performance and is not as concerned with individual or community well-being. 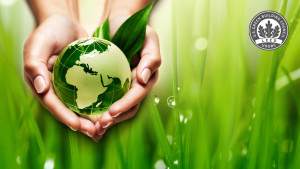 The sappiest LEED related image I could find. Not sure if complies with USGBC’s branding intentions, if not, they can take it up with realestateinmexicoreview.com

For anyone unfamiliar, LEED is the US Green Building Council’s rating system that allows building owners, the real estate market and anyone with the internet, a chance to score building on USGBC’s established criteria for sustainable architecture divided into Sustainable Sites, Water Efficiency, Energy and Atmosphere, Materials and Resources, and Innovation and Design Process (LEEDv3). LEED has come to virtually dominate the commercial real estate market, and as an agent for cultural change it is a work of genius: taking environmental principles and making them into a free market competition to see who can appear to care the most. I won’t spend a lot of time defending LEED—and, backing up a little, I will also never, ever say the neighborhood scale is unimportant or unworthy of extra attention. Especially not in a city like Houston, which is more of a road system people sleep and work near than a proper city. So, that party-stopping part of the response—parsing LEED’s ability to simultaneously address well-being and building performance—I think is an unfortunately easy mistake to make. And it expresses something profound about the way we do building, manufacturing, and, well, everything, in Western culture anymore.

Toledo, Spain. Ask in the comments, if you’d like to know how this image relates. (Author image).

I wondered for just a moment, just how familiar that panelist was with LEED, but then it occurred to me nothing in LEED’s name or even in the categories I named above is (I suppose) very explicit in its objectives or relationships regarding well-being. The name says nothing about people or how we act, what we need, and how we stay healthy, neither do the names of the rating categories. They all assume something that is not, nor has been for probably hundreds of years, a given in Western culture: that the health of our environment is indivisible to our human health. And that is because our environment is viewed as outside of, apart from, and even exclusive of the inside of our bodies. Say the word “environment” and what comes to mind as you do: trees, birds, water, sky? If you’re American, does camping come to mind? That crying Indian PSA from the 70s? Everything is away from you. Everything is unrelated to you. And, for the most part, if there’s a problem with it, we imagine it as a problem elsewhere, as someone else’s problem. The “environment” is out and away from us. Somewhere else, involving other molecules and other cells, other systems. As Buckminster Fuller acknowledged, “To each of us, environment means: Everything that is not me” (1973, 31). That is a metaphysical definition, one derived of thought and culture. But the physical reality is, it’s a closed loop and we’re in it with no way to not be. I breath or I eat and the molecules from the environment that I ingest, almost instantaneously become me. I slough skin cells and what was me a moment ago have instantaneously become environment. Those skin cells had previously been part of a carrot or a fish. 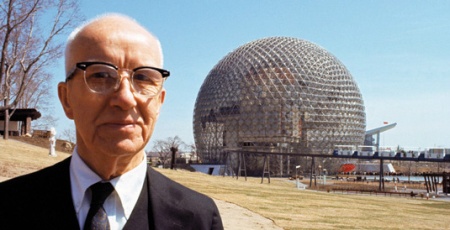 Bucky Fuller had a way of cutting through nonsense (when he wasn’t sailing off the esoteric edges of English vocabulary). Click through for image souce.

Over the course of last few hundred years we began to study, and thus perceive, nearly all phenomena as discrete and isolated. Each scientific inquiry, each industrial endeavor separate from the countless interdependent others–despite the practical impossibility of such dismemberment. Take the great leveling tool of economics, ceteris paribus, for example. Our whole economy is based upon removing all complicating variables, effectively removing the problem at hand from reality itself. And we do this from the pillars of our culture out to the simplest of daily operations. From planners and thinkers down to users of plastic flatware. David Orr, has said, “..all education is environmental education. By what is included or left out, students are taught that they are part of or apart from the natural world. To teach economics, for example, without reference to the laws of thermodynamics or ecology is to teach a fundamentally important ecological lesson: that physics and ecology have nothing to do with the economy. It just happens to be be wrong. The same is true throughout the curriculum.” (1994, 12). Throughout curricula, throughout industry, throughout business, throughout culture.

The American author Wendell Berry would call all of that “an absurdity that is not a quirk or an accident, but is fundamental to our character as a people” (1977, 18). He spent much of his book The Unsettling of America: Culture and Agriculture, discussing the fragmentation of our cultural life and livelihood. We have become (to our conscious selves) separate from our world and all of the systems that support our survival. What was once a cohesive living—providing food and shelter, in short, well-being—has exploded into countless specialties each separate from the rest and from the world and its systems. “Western society,” said Buckminster Fuller, “is hung over with a specialization-obscured sense of wholeness.” (1973, 37). This occurs to me every day, because I am a specialist—a “shelter” specialist at that. I speak the language and understand the physics of buildings in ways that most people don’t—just by training, necessity, exposure, and practice—because I was never quite so drawn to accounting or software. At any rate, my job would not exist if people understood the buildings they own and inhabit. The fact is, most building professionals don’t understand buildings. They may understand what’s immediately in front of them most of the time, but see what happens when you ask an HVAC tech about framing or a brick mason about daylighting.

This image is swiped right from wendellberrybooks.com where I think you should go for your summer reading. Bill McKibben once told me that Wendell Berry is the best writer in the English language. I agree.

Which brings me to where the worlds of LEED and Sambinha Architecture intersect.

In years that seem quaint and distant—but really are neither in the context of human evolution—my great-grandfather settled in what became Alaska on a homestead he prepared with his own hands, his own body. He and his wife tilled the land and raised animals. He quarried the stone for the foundation of his home. He felled and hauled the trees for its walls, hewed them, stacked them, and chinked them against the elements. And there, through trial and error and force of will, he and his wife raised my grandmother and her siblings, providing everything they needed to live and survive.

What my great-grandfather illustrated with his life, Martin Heidegger demonstrated by tracing the words for “building” and “dwelling” to their mutual ancestral root word bauen—the word that once stood in for both dwelling and building before there was a separation between the two, when the two ideas were one in the same (1971, 144-146). When no distinction between building performance and human well-being was conceivable, my great-grandfather practiced the high art of living. He practiced Sambinha Architecture. Such simplicity can come across as outmoded to our specialist’s mind. But to a careful mind it can reveal the truth behind much of the building trade’s absurdity: that human well-being and building can not be separated. We can impose a separation in thought or cultural world view, this is true, but consider the thought David W. Orr expressed in his book Design on the Edge, “Building for us… is not just a nesting instinct but the way by which we manifest our ideas and values.” (2006, 2). This works either way. If our buildings are full of half-assed craftsmanship and chemicals of questionable nature and origin, built with as much storage space as living space, garage at the front—then that will display a set of values. If it is designed to fit its climate, designed and built to last and not simply for quick sale, these will also express values and ideas.

It seems like architects always think architecture is in crisis. If I were to agree with this, it will be on the level of bauen, of building as dwelling. Maybe at the subconscious level that’s the slow moving crisis they feel but can’t quite point to?

Likewise, much is lamented about suburbia. Sometimes it is indicated when identifying current architectural crises. We all know it sucks. Sometimes the complaints come from a vantage of place-oriented snobbiness, sometimes urban or sometimes rural. Then, sometimes the lamentation knows no name nor can it, because it comes from a place so deep and primal that it predates bauen by eons and by innumerable generations of grandparents; indeed, it must precede even language from the first time our ancestors sought to remain, to nurture, to be with, to dwell. A real advantage that the most meager barraco will have over any given suburban spec home is the personal investment of the builder, the dweller, in Brazilian Portuguese, the morador (the one who lives there). Heidegger describes dwelling as to remain, to foster, to nourish, and thus to allow to dwell. There is a sense of belonging that cannot occur when one is not involved in building as dwelling.

It does not romanticize or diminish the struggles of moradores to admit this. It does place suburban placelessness in its proper context. Building devoid of the nurturing instinct, the mindfulness of community, building as a “place for all your stuff” in the face of life-struggles not our own is revealed for what it is: absurd and disconnected, springing from and perpetuating a culture that has become so separated, so fragmented that its new difficulty has become the struggle to relink building with human well-being.