See Part 2–The urbanization of El Paso and Ciudad Juarez

New city shaping influences began to emerge, supplementing the colonial designs, particularly on the US side as El Paso, which was now responding more particularly to an Anglo culture. The improvement of transportation, specifically with the arrival of the railroads 1880s had a great impact on both sides of the border.

In 1870, the construction of a transcontinental rail system connected the US borderland region for the first time, challenging the domination of the northeastern region of the country. In the period that followed infrastructure for regional change was put in place and western southern cities such as San Francisco, Los Angeles, and Denver began to establish regional importance.[1] To better position Mexico alongside economic development in the US, then Mexican President Porfirio Diaz (1876-1880) mandated the construction of a national railroad system.

This railroad system became the base of economic ties with the US.  “Transportation development was a catalyst to growth in several border cities”.[2] El Paso witnessed a large boom, its population jumped from 736 in 1880 to 10,338 in 1890, making it the largest urban and industrial center in the southwest of the United States.[3]

Two separate bridges and a streetcar service connected EL Paso to Ciudad Juarez. These bridges acquired automobile access by the 1920s.[4] A new bridge came in 1919 to accommodate rail traffic between the city and El Paso.  Furthermore a second rail line joined the city from the south to create a junction of two railroads.[5]

Between 1910 and 1920, the Mexican Revolution caused great turmoil to the cities of northern Mexico, including border cities. This resulted in a massive migration of Mexicans to El Paso. Most of the newcomers were poor and settled in the outskirts of the city. 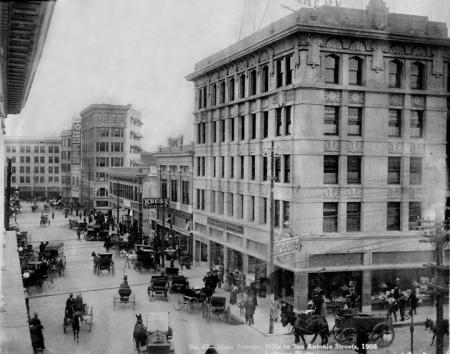 In contrast, the American Prohibition era led to the first big growth phase in Mexican border settlements. Ciudad Juarez, as other cities, became dependent on tourist entertainment economies sustained chiefly by North American patrons. The “culture of sin” led Mexican politicos and businessmen to embrace these “pariah economies”. The economic boom was short-lived as the effects of the Great Depression eventually affected the area.

Although it took longer for the Great Depression to arrive at US cities of the Southwest, eventually the consequences were felt harshly, particularly in El Paso. El Paso’s population declined from 102,421 in 1930 to 96,810 in 1940.[6] The New Deal programs helped alleviate some of the problems until the coming of WWII where border cities benefited from an economic boom and population explosion. In El Paso, the facilities at the military post, Fort Bliss, expanded greatly. The intensification of the national defense program contributed to the city’s growth by awarding lucrative projects to El Paso’s businessmen. As economic opportunities arose on the US side of the border, these were also felt on the Mexican side. Ciudad Juarez witnessed nearly a four-fold increase in population between 1910 and 1940.[7] 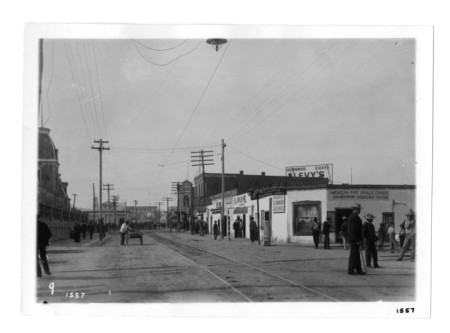 Stay tuned for the second part of this post: NEW SHAPING INFLUENCES _ B