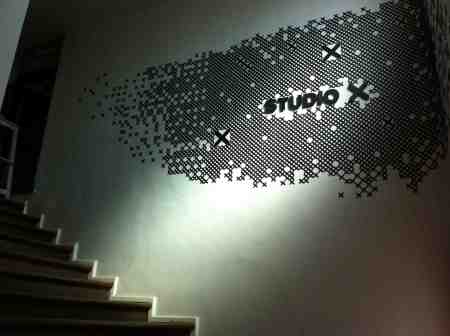 Last week Studio X Mumbai held a day long workshop provocatively titled “Housing without Developers”. As elaborated on their website, the workshop tried to challenge the seeming inevitability of market based solutions to problems that are themselves closely associated with the privatization of housing markets. The participants in the workshop discussed how the development of slum housing in India and public housing in the west challenges the accepted norms of market based solutions. This blog post does not sum up the many interesting points made by the housing activists, planners and academics at the workshop, but discusses a couple of concepts that got me thinking about housing and policy in the city.

Its often argued that slum redevelopment schemes in Mumbai succeed as slum dwellers themselves “aspire” to live in apartments and are ashamed of the slums that they inhabit. Asher Ghertner terms this “Aesthetic Govermentality”. Liza Weinstein’s doctoral thesis on Dharavi shows how this aesthetic aspiration gets further pushed on to the people by the state processes. She explains how the Mumbai slum demolitions in 2005 evicted not just the “illegal” slum dwellers but also those who had documents that made them eligible for free housing. As there was no way of telling their houses apart from the other houses in the slum, the government evicted the entire lot.

However, if one digs deeper, the utilitarian aspiration of surviving in the city immediately challenges this aesthetic aspiration. It allows us to learn a lot more about how housing form and placement relates to everyday survival and well being. This is not just an exercise that relates to the poor in the slums. In my every day conversations with friends and family, I come across instances where people express unruly desires to break the aesthetically pleasing apartments that they have come to inhabit. The desire to work from home, the desire to have nothing but a bedroom in the city, the desire to share a living room but not the kitchen with the family, wanting that extra door, a small house but a big balcony etc. Even if I keep the ownership structure and placement within the city a constant the list of formal desires still goes on. The further we dig, the more it complicates the aesthetic aspiration of owning a standard apartment in the city. 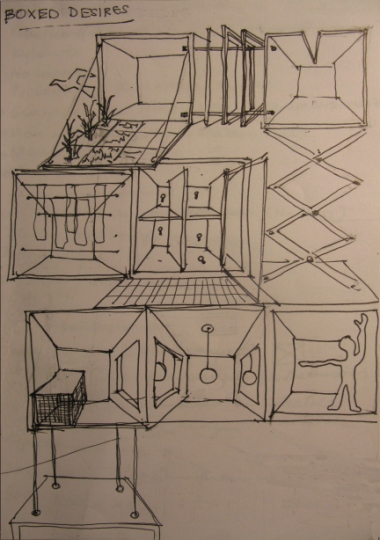 This brings me to the next point. If aspirations and needs are so varied how do we then imagine housing these aspirations and how do we imagine housing equity? What is the right size, typology and tenure that should be the basic minimum for all? Architect Kamu Iyer’s presentation at the conference highlighted how there is no consensus in India on the basic minimum size of a dwelling unit. As he explained, the size of the British chawl housing was derived from the maximum span of wood that was available back then. Even today the minimum dwelling size proposed by the government’s redevelopment scheme is constantly under flux as it is depends on the economics and politics that pans out around individual projects.

So, if the basic minimum size itself is under flux and is subjective to ones needs, what kind of housing should activists fight for? What does housing equity look like? Prasad Shetty proposed that it’s easier to fight for infrastructural equity – equal rights to sanitation, water, transport, health and education, rather than housing equity. In fact fighting for an ideal housing type eventually plays into demands for redevelopment and erases the plurality in housing form, structure and ownership provided by the slum. Mumbai perhaps needs to revisit its slum up gradation schemes rather than push for redevelopment.

This is the point at which the US and Indian housing conversations converged. I remember sitting in an economics class in Berkeley and listening to my professor make the exact point against US public housing. Public housing carried the burden of having the state provide a certain standardized, healthy, size, quality and tenure that perhaps the residents would pass in return for cheaper quality housing that is better located. Hence goes the argument that public housing, although noble in its intent, is not the most efficient model of providing housing for the masses. Although not the “traditional” market based solution, the slum was being used to make a similar case against redevelopment housing in Mumbai.

Pitting basic quality of living and equity against plurality and individual choice left me very uncomfortable. At the end of the conference however, I was left thinking about Prasad’s statement “It’s not that equity is not important..it’s just not tactical for me to fight for it right now”.

2 thoughts on “Housing Without Developers”