Last week the city of Mumbai successfully evicted 4500 hawkers from its streets. The streets looked cleaner, pedestrians seemed happier, and residents rejoiced. “A special squad has been formed to formulate encroachment-removal programs” to ensure a continuous effort is laid out to keep streets hawker free. 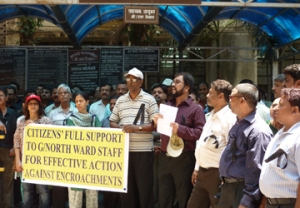 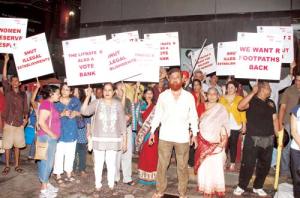 Not too long ago I stumbled across a short essay on the concept of the “urban commons” published by Vinay Gidwani and Amita Baviskar in the Economic and Political Weekly (December 10, 2011; vol xlvi, no. 50). The essay brings the idea of ‘the commons’, which is traditionally a rural concept delineating natural resources (like lakes, forests, agricultural belts etc.) as a form of common entitlements, to the urban sphere. It is an interesting idea, and one that has tremendous potential for exploration within the contested frontiers of our urban environments.

The essay sets up a fundamental difference between that which is ‘public’ and the ‘commons’. ‘Public’, it states, “is a juridical category, firmly in the ambit of the state and law, which limns a contrast to that which is ‘private’”. ‘The commons’, however, “historically and etymologically, are that which lie at the frontiers, or within the interstices, of the territorial grid of law. They exist as a dynamic and collective resource – a variegated form of social wealth – governed by emergent custom and constantly negotiating, rebuffing, and evading the fixity of law (cf Thompson 1993).”

“In a sense, commons thrive and survive by dancing in and out of the State’s gaze, by escaping its notice, because notice invariably brings with it the desire to transform commons into state property or capitalist commodity.”

The process of urban revitalization is one such attempt of decommoning and ordering the city into governable spaces. It most often entails an erasure of economic and cultural contributions of the commoners in making the city as we know it. In the process, all that is lost is categorized as ‘collateral damage’, and the new mirage of development makes home in the city as the urban future of 2020/2030/2040… the list is endless.

A few months ago I had an opportunity of attending a roundtable discussion on ‘Walkability in Mumbai’ held at the Observation and Research Foundation (ORF) in Mumbai. There were panellists from all over India working with pedestrian issues, as technicians, architects, planners, activists and others. As discussions prevailed through the morning, one’s fundamental ‘right to walk’ came into conflict with one’s ‘right to vend’. The sidewalk/ pavement/ footpath immediately became a contested urban frontier that could no longer be spoken of in the language of the ‘public’. 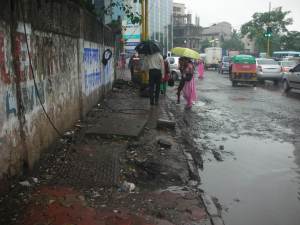 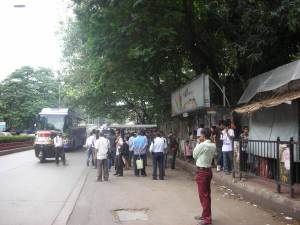 In Mumbai, as other cities in the developing world, the sidewalk, that is state property, is home to many and shop to many. It is by no means an ideal condition of living or working, and in many cases (especially in the Indian context) it presents extremely feudal structures of power based on archaic systems of caste, class and religion. But yet, the street as we know it, with vendors, day and night markets and pedestrians dodging through; builds the tremendous resource of the ‘urban commons’ through its everyday practices. 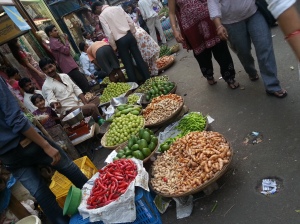 The recent mass hawker evictions in Mumbai and the constant anti-hawker rhetoric we encounter as planners invested in building accessible and pedestrian safe city streets, presents an acute threat to years and generations of resources built into these streets. As citizens we often engage in an “official amnesia” of social and cultural practices, followed by a “ willful erasure” of forms of labour and practice that have made the city as we know it. The problem here is that of myopia; defining a problem as we see it and coming up with solutions that are quick, easy to exercise and nearsighted.

Planning has always come in times of crisis. As planners we are most often invested in identifying problems (crises) either now or in the future, and seeking well-meaning solutions for the same. Recently I have encountered too many instances where designing wide sidewalks for pedestrians is seen as a problem due to the menacing hawkers who may encroach soon after. Here it is worth asking—is this a problem of regulation? Of design? Or of policing? Can we not build are infrastructure to enhance these resources of the urban commons that by their very existence challenge, engage, and enhance our democratic experience of the street?

These are just few opening thoughts to hopefully open up a much broader debate.

4 thoughts on “In the moment of mass hawker evictions in Mumbai, a few thoughts.”