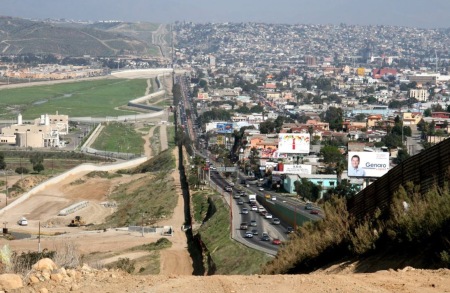 To begin our 2013 posting series, I want to focus on the urbanization of the US-Mexico border, particularly focusing on sister cities- namely Ciudad Juarez and el Paso- as they present interesting dynamics that both reflect and at the same time challenge the dualities we consistently addressed in the relationship (or struggle) between formal and informal:

Modern vs. traditional, developed vs. undeveloped, external vs. internal, ordered vs. backwardly, wealth vs. poverty, integration vs. disintegration, temporal vs. permanent, local vs. global, urban vs. rural, core vs. periphery.

The US-Mexico border has evolved from being primarily a political and military dividing line between two nation states to latent urbanized regions with a high concentration of resources, capital, economic activities, where global economies, technologies and infrastructure take place. Indeed, one important byproduct of the urban expansion in the borderlands has been the emergence of sister cities. Today, close to 90% of the population along the border resides in the fourteen sister cities that straddle this international divide. The most important examples are El Paso and Ciudad Juarez, San Diego-Tijuana and Mexicali-Calexo. 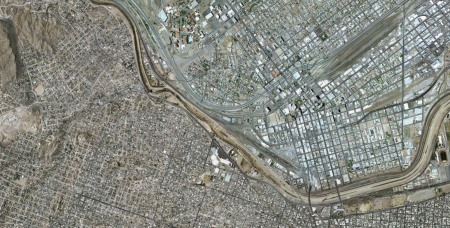 Although some of these urban settlements were established during colonial times, most of their establishment and growth happened during the second half of the XX century.[1] Nineteenth and twentieth century border settlements began as military garrisons, agricultural colonies, international gateways or transit points. The earliest permanent settlement was the mission of Nuestra Senora de Guadalupe located in what is now Ciudad Juarez. Today’s sister cities of Ciudad Juarez and el Paso are often referred to as the border’s “metroplex” comprising the urbanization of 3 states (Chihuahua, Texas and New Mexico) and two nations.

In the following posts I will explore the history of urbanization of these two border cities, highlighting some of the resulting urban, political and socio-cultural dynamics that create urbanizations of reciprocal actions and reactions, of contrasting yet interdependent urban ecologies.

Next post: Part 2- Border  Straddling :: the history of the Urbanization of El Paso and Ciudad Juarez.

[1] Romero. Hyper-Border, The Contemporary U.S.-Mexico Border and its Future. P. 271