[Skin+Signs]: Upgrading tool driven by aesthetics and imagery. Skins+Signs focuses on minimal interventions, such as the application of paint, ornament, and marketing to the exterior of buildings and structures, attempting to beautify and brand the existing area.

To piggyback on a previous post, Remaking Rio: favela tourism and the tourist narrative, I want to focus on aspects of representation, particularly looking at the way in which informality is viewed, imagined and represented, as well as the implications on upgrading projects and their physical manifestations. For this, I will present this exploration in two initial posts:

PART 1: Learning from the Informal

Aside from the artistic qualities linked to issues of image and representation, the means and methods used to represent a particular reality – be it through photography, a sketch, a rendering, a painting, a plan, or statistical projections- reflect particular ways of thinking about society and its transformation. Here, form, function and content fully overlap. 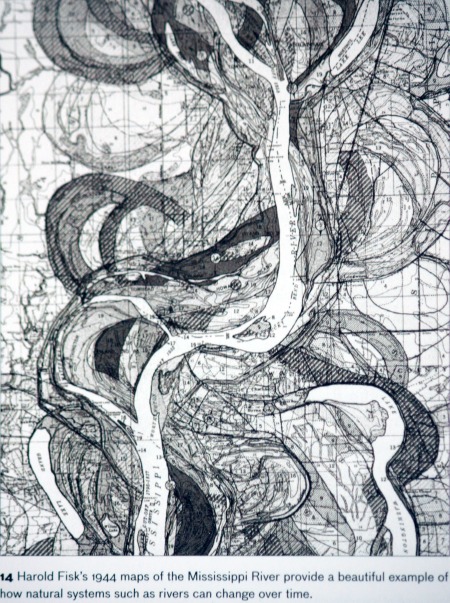 In this regard, Loïc Wacquant, professor of Sociology at the University of California at Berkeley, points out that “poverty is too often (wrongly) equated with material dispossession or insufficient income. But in addition to being deprived of adequate conditions and means of living, to be poor in a rich society entails having the status of a social anomaly and being deprived of control of one’s collective representation and identity.”[1] An image or unique identity is extremely important in the fight against the stigmatization that accompanies so many of these informal and marginalized communities.

In her article “Aesthetic Politics- Shantytown or New Vernacular”, Lisa Paettie describes her admiration and enchantment with a squatter settlement in the outskirts of Caracas. She states “Those who saw the people of the settlements as part of the system could look at them and see that they were coping, often quite ingeniously, with urban conditions in a distinctively urban way: taking up odd trades and novel money making schemes, organizing settlements, and arranging the political support that made the settlement possible.” Paettie is reading a political aspect of struggle in the aesthetics of the settlements and by acknowledging it she is hinting that designers can “help legitimize the claim of poor people to the city by aesthetic politics.”[2] 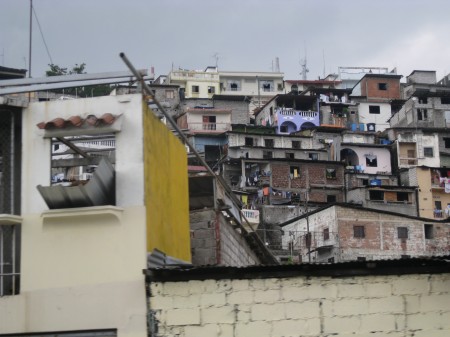 Whereas Paettie is challenging the paradigm, trying to understand and recognizing the aesthetics of the construction, the acknowledgement of other aspects of shantytowns has brought to light new challenges to the efficacy of the planning and architecture field.

Seeking to learn from them, he explains, “to present Urbanisms of the Informal as a way to understand Mexico City, is to inform city-making with a social and political dimension, to relinquish the obsession of control as a desirable tool, and to recognize the limits of form. It is also a call for a practice of urbanism that is able to embrace the real, the everyday, the generic and the built without prejudices and biases. Rather than Neza or Valle de Chalco looking more like Mexico City, the city will become more like these places. The future of Mexico City will depend in good part on planners’ and architects’ ability to acknowledge informality as a constitutive urban condition and to align frameworks and tools to deal with this ever more complex urban phenomenon.”[3] 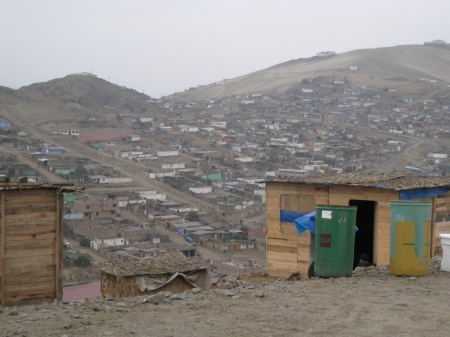 In parallel, Teddy Cruz’ “Manufactured site” project in Tijuana Mexico, explores how the growth rates of the informal settlements in the area, surpassing that of the urban core (and gated communities in san Diego) they surround, create a “different set of rules for development and blurring distinctions between urban, suburban, and rural”. His firm, Estudio, is attempting to learn from these spontaneous settlements while challenging the rigidity and homogeneity of private construction, and the discriminatory planning regulation and housing policy in San Diego.[4]

As a result, the firm is exploring the strategies of “improvisation, layering, juxtaposition and negotiation of a territory” on which the Tijuana settlements rely. Focusing on housing, they are proposing a project of ‘urban acupuncture’ that can provide services and small infrastructure into the precarious condition of the shantytowns on the city’s periphery. By taking the “temporal dynamics of these self-made environments” as inspiration, the firm is offering a prefabricated aluminum-building frame that can support and strengthen connections to “the multiplicity of recycled materials and systems that residents bring from San Diego and reassemble in Tijuana.”[5]

As these frames can also be transformed into stairs, they come with a manual to help dwellers optimize their uses. Most of the materials utilized are recycled materials that the residents have already experimented with and can easily access and bring back from San Diego. Garage doors are used to make walls, rubber tires are cut and dismantled, folded in loops and interlocked in order to form stable retaining walls, and wooden crates are used as armatures to other recycled materials such as refrigerator doors. Teddy Cruz is then recognizing and celebrating the innovative and hybrid character of these self-made communities, attempting to bridge between the planned and the unplanned, the legal and illegal. By doing so he is not only striving to legitimize the strategies used by the informal settlements, but also, he is deliberately stating that adaptive architecture can learn from shantytowns as an alternative process of intervention in the contemporary city.

Before the second part of this post, Aestitzations+Gentrification, I want to leave you with this link: The Places We Live , showing an interesting recording of urban informality.

[3] Castillo, Jose, “Urbanism of the Informal: transformations in the Urban fringes of Mexico City”, Praxis, journal of writing and building, issue two, volume one, pp. 111