In representational works of art, the image itself is the object of our perception and attention, while the subject is transformed into only part of the story. When the subject of a photograph is a slum, favela, or other informal settlement, it can become morally quite difficult to allow ourselves to acknowledge beauty within the image, knowing that real suffering and inequality were present when the photograph was taken. 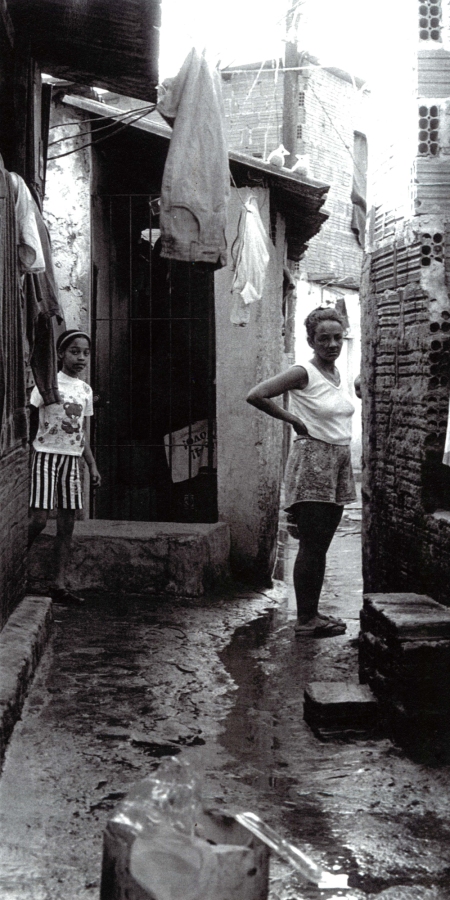 But architects don’t have the luxury of avoiding this contradiction. The primary requirement of our profession is to create usefulness and beauty within the constraints of a project, and we can’t help but appreciate these qualities wherever we find them. The beauty in the way light falls into a narrow alley, the care taken by a builder to bring greenery into a cramped courtyard – the fact that these phenomena are captured in a photograph of favela or slum doesn’t mean we must disregard them. Builders of informal settlements use many of the same design rules used by vernacular builders in other contexts, and in fact, they are often the same design rules we “professional” designers use. As Teddy Cruz notes, “It’s not from places of abundance that new ideas will be generated, but from places of constraint.” 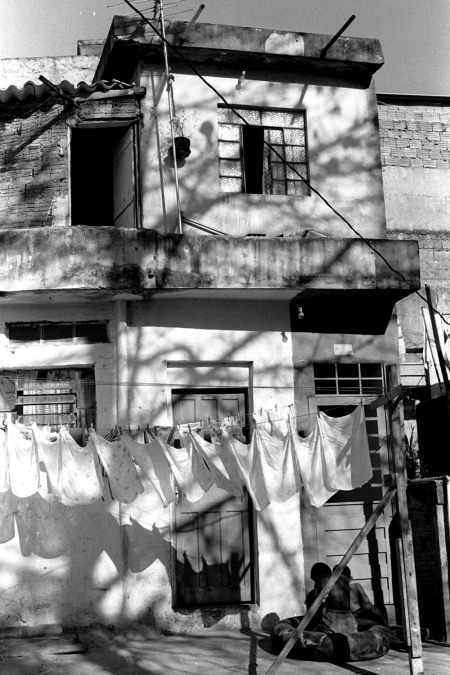 Architects sometimes become enthralled with the medieval-hill-town qualities of favelas like Rocinha, and have often been criticized for romanticizing them. Ananya Roy uses the term “aestheticization of poverty” to describe a gaze adopted by architects which admits only the “primitive organicism of the vernacular” to the view, without acknowledging the processes, activities, and forces that create and sustain informal settlements. 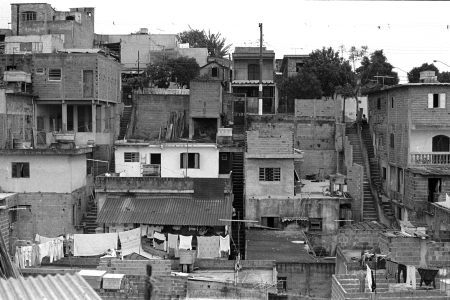 Among the new types of architectural interventions that have been built in informal settlements in the last decade or so, some projects do appear to be designed primarily as a formal exercise or as a signifier, using the consistent physical texture of the surrounding settlement as a neutral backdrop. Other projects clearly demonstrate the results of the architect’s determined and devoted attention to context and community. Even some of these these projects’ designers wonder whether their efforts have been worth it.

Architectural interventions in informal settlements are a relatively new and therefore glamorous phenomenon, but the success of the idea isn’t yet assured. Will professional designers find a constructive long-term role to play in informal settlements? Some practitioners with years of experience working in informal settlements believe that there is properly no design role at all for architects. It seems that after our brief moment in the spotlight, we could easily slip back into irrelevance. But as Jeanne Gang notes, architects are generalists and are thus uniquely positioned to help with urban issues, as our work touches on class, culture, psychology, economics, technology, history, and ecology.

Future posts will include analysis of transformative public design in the US, such as high-design interventions in low-income neighborhoods, and their potential for success and failure. Also to be explored are changes in housing practices related to the US mortgage crisis, such as squatting or re-occupation of foreclosed homes and the future of tent cities. *

4 thoughts on “The Architect’s Gaze”