Being a newcomer to the study of architecture and urbanism, it was only relatively recently that I first heard someone wax emotional about the form of a favela. During my first year of architecture school I sat in the audience listening to David Leatherbarrow and Dalibor Vesely discuss the “latent world.” As a recent initiate to the study of phenomenology, I was all in. Until David Leatherbarrow started getting a little bit too dewy-eyed about how the emergent architectural form of favelas expresses the “latent world.” Having been a frequenter of favelas in my younger years and having had therein some experiences that were what you might call fairly disagreeable, his nostalgia fell on at least one pair of somewhat skeptical ears.

As I learned more about urbanism and its informal counterpart, I learned that David Leatherbarrow wasn’t alone in his romanticized take on informal development and that there are whole choruses of voices amongst those in the planning and design professions criticizing the perceived romaniticizers. I learned that, in fact, there are nearly as many approaches to informal urbanism as there are designers and architects doing the approaching. However, being fixers, solvers of problems, planners and designers tend mostly to approach informal development as a pathology, a problem in and of itself; a problem with myriad solutions to be sought out and executed from the top down as a duly trained and self-appointed rescuer.

What I also discovered was that there are, with a few notable exceptions, very few voices speaking of informality as something besides an exotic Other. Even in Lotus Magazine’s “Favelas: Learning from” issue (143: 2010, if you’d like to take a worthwhile gander), most of the learning is directed at troubleshooting solutions that can then be applied by designers within informality itself. That is study and learning primarily for intervention’s sake.

Let me pause to say that this of course is not a criticism, necessarily. Designers must continue doing the work they do and in greater numbers with greater care and attention to intervene in favelas, to ameliorate the countless problems therein. It is vibrant and eminently necessary work that becomes more empathetic and effective the more planners and architects delve in, apply their expertise, and most importantly, explore.

One trouble with this approach though, is that it represents an anachronistic behavior on the part of the design professions. The Renaissance Architect, following Aristotles’s Scala Naturae has the talent and ability to merit the rescuer’s role, reaching from the heights of the ivory tower of architectural praxis to raise the lowly masses. This view follows even until the high modern period where it finally blew itself up with Pruitt Igoe.

The hierarchical structure represented here has lost its potency. This shift is being recognized by the notable exceptions referred to above, not the least of which are Sérgio Magalhães and Luiz Paulo Conde and Rem Koolhas with their respective works in favelas cariocas and Lagos, Nigeria. The difference being that these individuals (who are, thankfully, increasingly less lonely in their outlook and engagement with informal development) tend to eschew a hierarchy that necessarily privileges the architect, that externally imposes capital “A” Architecture upon its lower case counterpart. They have sought to understand informality on it’s own terms in own sphere, only then to react such that their reaction bears its most effective fruits.

I am reminded of a quote from an author beloved at story time in my house. Roald Dahl tells us to, “above all, watch with glittering eyes the whole world around you because the greatest secrets are always hidden in the most unlikely places.” The Zen “beginer’s eye”, right? We are in the habit of looking to where we live for a template of appropriate building and design. But what if the model followed to achieve all of that is inherently unsustainable, as it is repeatedly and increasingly proving to be? With all of the attention paid to informal development, what are the lessons it has to teach the dominant culture of the formally developed world?

In the past year I came to hear with new meaning, the phrase, “dar um sambinha.” It literally means “give a little samba.” For as often as it gets used, I’m sure that I had heard it before a million times, but in the last year I spent significant time in Rio in order to investigate the questions I pose above, and in talking moradores, I often heard them say about their built environment, that they’d give it a little samba.

To understand this phrase requires understanding samba. In one of the most influential and beloved bossa nova songs “Samba da Benção” (“Samba of the Blessing”) Vinicius de Moraes defines Samba this way:

“It is better to be happy than sad
Joy is the best thing there is
It is like a light in your heart
But to make a samba of beauty
You need a portion of sadness
If not, you can’t make a samba
Making samba is not like telling a joke
Making a samba thus does not come from nothing

A good samba is a form of prayer
Because samba is the sadness that swings
And sadness always has the hope
Of one day being sad no more.” 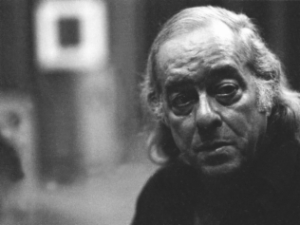 Samba, is the magic that happens when you have to make do, to dig yourself out from under the heavy weight of a broken heart, a devastating failure, or maybe repressive political and social circumstances. Maybe that’s why I actually heard the term “dar um sambinha” so much in Rio’s Favela Rocinha last summer. It is used in the same way we would say in English “give it a little elbow grease” or “make it happen.” But there is a finesse in it, and an acknowledgement that the inputs don’t need to be perfect for the result to be beautiful.

In January, a middle-ager originally from Bahia told he doesn’t live in Rocinha because he loves it but because it’s the only place he can afford to live. He told me, “I can barely get by as it is, imagine if I had to pay all the bills I would if I lived somewhere else.” He was working in a shop selling snacks: delicious pastels, empanadas, and cochinhas. In the time it took me to drink my Guaraná and eat my empanada de salsicha, one neighbor after another came around with greetings and jokes and hugs. Most of them are in the same circumstances: marginalized by the sad facts of phenotype and rough luck. But happy despite. What they lack in wealth as measured by consumer capitalism, they make up for in friendships, in love, and community.

Perhaps this is lesson number one. The world I inhabit has been, in many real ways, easy. The decisions that people around me make are easy decisions quite often directed at achieving the greater of many comforts. But this life has cost dearly in ecological debits. Many in the developed world are turned away from the messages of warning from ecologists and others who call our attention to resource scarcity, pollution, and anthropogenic climate change because they are afraid of the deprivations they see as inherent in making changes requisite to the warnings. The fact is we need to make do with less. We can no longer afford to shy away. To rephrase the friend at the snack bar, “imagine if I had to pay the bills for my ecological flippancy.” The bills come due, ready or not.

Moradores of Rocinha and the Arquitetura do Sambinha

Learning from the moradores who live with scarcity by necessity, may change our perspective enough to do more with less, to rely less on material wealth for fulfillment, for the beauties of life, to make ecological remediation less a question of deprivation and more about well-rounded living. Moradores in Rocinha and other favelas, have discovered the beauty that comes of giving it a little samba. So too can we.

8 thoughts on “Arquitetura do Sambinha: Life, Ecology, and the Favela”