Staying in a regular Cuban home made my trip to La Habana quite an ethnographic experience. A divorced mother (58 years old  and a university professor), her 33-year-old son (a carpenter), and his 38-year-old wife (a bank attendant and manicurist), welcomed me into their home and lives with open arms and tremendous generosity. In the next couple of posts, I want to relate some observations and remarks on the culture and life in Cuba.  Once these are completed, I will write about the informal tenement housing and barbacoas in the city.

Following the Revolution in 1959, the Cuban government nationalized all private business entities  (including the educational system, health, banks as well as other industries) on the island, becoming a communist and centralized state. The revolutionary government made tremendous investments in education and health, as a way to end the analphabetism and social injustices they saw present in capitalism. In the early 1990s, the fall of the Socialist Bloc in the Soviet Union and Eastern Europe had devastating consequences for Cuba. The island’s participation in COMECON (Council for Mutual Economic Assistance – the Eastern European common market) had made long-range planning possible and the country had depended heavily on those member countries for oil, equipment and spare parts… One of the measures to address the crisis invading the country included the legalization of dollars, creating a dual currency situation (not “dollarization”- at present, the dollar has been replaced by the CUC).

Today, after 20 years without Soviet subsidies and 50 years of economic blockade, the communist government has increasingly turned to tourism as a new economic source. 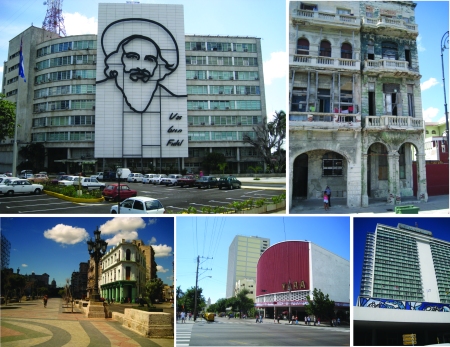 Double Currency for a Double Cuba

Cuba holds two coins: the Peso (primarily for the locals) and the CUC (the currency through which tourists and the tourism business flows by). The most expensive and the best products are all sold in CUC- this ranges from food to clothing, to materials, etc.

Because of the two currencies, there is a great disparity between both Cubans and foreigners, and a strong dichotomy in the island: a painted Cuba for the tourist and a real Cuba for the inhabitants. Foreigners delight in the marvel of Cuba’s architecture, its romanticism, the old cars, the music and lively spirit, but what they don’t see is that underneath, there is a Cuba of despair, frustration and scarcity- the Cuba of the locals…the real Cuba where the great majority of Cubans can only dream of the CUC Cuba, a world completely inaccessible to locals. To put things in perspective, a salary for a well-prepared professional can be of 750 pesos/month. This translates to 35 CUC for an entire month! A regular lunch special in any restaurant is around 5 CUC, a pair of decent shoes are 40 CUC (not to mention brand name products which are around 80 CUC). Similar to times of harsh economic depression, Cubans have learned to recycle anything they can- from bags, to boxes, to anything else they can use….

The house I stayed in is a modest one, located in the area called Alamar, on the outskirts of la Habana Vieja. Every morning, I got up, ate a mango or made juice from the mango tree in the patio of the house (the only fruit I would see during my stay), drink some chamomile tea (as coffee is very expensive and considered a luxury even though Cubans love it), ate a slice of relatively stale bread (the bread literally went stale almost immediately after leaving the store), took my morning shower and then headed off to the city center- the Old Havana (La Habana Vieja).

Supposedly, Cubans never go hungry because there of the food ratios (“raciones”) given out according to the household census. Having lived in a Cuban house, I can say that the raciones are barely enough and that food is scarce. Although one can find some products- the better products in places that sell in CUC- it is usually an expense too high for the average Cubano. Food is stored and sold in small stores with a limited assortment (there aren’t any supermarkets), or specific neighborhood markets located in assigned buildings that resemble warehouses… Red meat, previously one of the main protein sources for Cubans, is barely found in the island and it is extremely expensive. Ironically, fish is also expensive and for the most part, only attainable for tourists. That said, chicken and pork are the main protein ingredients Cubans eat, whenever they can afford them…this in addition to rice and beans of course.

Surprisingly, most fruit and vegetables are very scarce and quite expensive. Every salad I was able to eat in La Habana Vieja contained cabbage, carrots, green beans, and cucumbers.  Rarely a miraculous tomato would grant its appearance. This leads me to the next topic: agriculture.  Today, plantations and fields, which were once abundant, are in their majority abandoned. As in most of the world, fewer people are working in the fields. Looking for a solution, the government has greatly facilitated all entry applications for studies relating to agriculture, and has even imposed criminal sentences resulting in 5 years of agricultural work.