The Plan for Growth Acceleration (PAC) was launched by Lula in 2007. The PAC contemplates an investment of around US$260 billion (R$503.9 billion).  A small part of these resources will come from the national budget (PETROBRÁS y ELETROBRÁS); the rest will come from the state and private enterprises. In order to attract private investment the PAC focuses on infrastructural investments (road construction, hydroelectric plants, and ports. Specifically regarding Rio, a substantial par of the PAC focuses 3 major falveas: Rocinha, Complexo Alemao and Complexo Manguinhos. Contrary to the Favela Barrio, which was a program solely administered by the municipality with financial backing and supervision from the IDB, my understanding is that the PAC depends on collaboration between the Rio Prefeitura and the National government (especially regarding the administration).

During my visit to Rio, I was able tovisit the developments in Complexo Manguinhos, where Jauregui is the main designer (in addition to some work done by the Prefeitura and the national state). An improvement from the Favela Bairro is that apart from the basic infrastructure (Black water and rain water drainage, potable water, containment walls in steep slopes, stairs and new pavement) as well as some interventions of public space and equipment (day care center, some commercial spaces, libraries), housing and a larger mobility infrastructure (train or cable-car system) is now an important components of the master plan. In the following links, you can have a look at some of the proposals and descriptions being made by Jauregui: 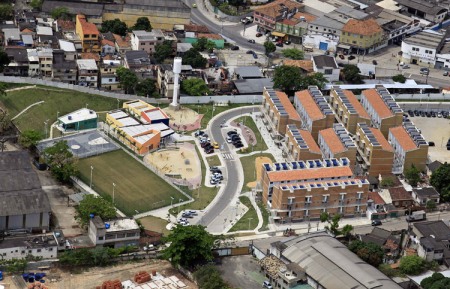 A quick comment that I wanted to make is that there seems to be some disconnect between work done by the prefeitura, Jauregui (who is the independent architect working on the Complexos Alemao and Manguinhos) and the state. For example, when speaking to the prefeitura and looking at the specific plans, the area where the other two others actors (Jaruegui and the State) are intervening, are delineated (in gray) but not specified, thus suggesting a lack of acknowledgement and continuity in the designs…

In addition, I would want to know why some of these large investments in the PAC aren’t optimized and used more strategically as part of the city’s the preparation for the Rio World Cup and the Olympics. As of now, the prep plans center on Barra (one of the wealthiest neighborhood), Copacabana and the Center (remember the Porto Maravilha, etc). 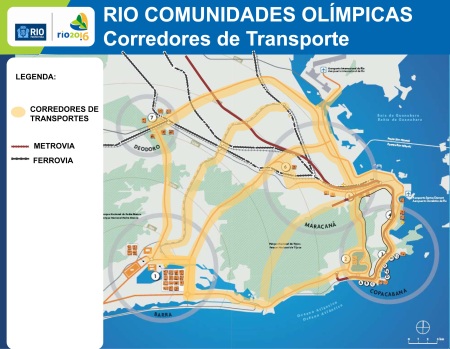 In consequence, they disregard the Northern and Western areas, which are some of the most populated and poorly equipped areas of the city, lacking the necessary infrastructure and investment… As the city continues to develop and grow, these areas will begin to weigh down and eclipse the potential improvements and attention that Rio is and will gain in the following years. 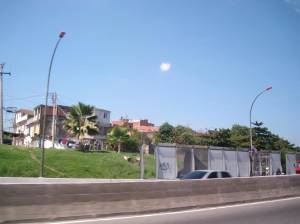 Prepping for the Olympics and World Cup, walls are being constructed along the main highways (particularly those connecting the airport) in order to block out the favelas

"MetroCable" in small favela in front of the Ipanema Metro Station 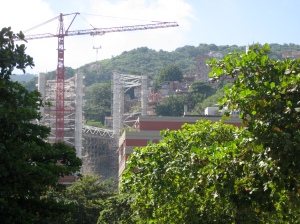 Close up of the Ipanema MetroCable Structure. It seems as though cable systems, in spite of its very high construction costs, are suddenly becoming the image of government interventions in favelas. Although appropriate in certain circumstances, this Favela Chic Intervention should be evaluated carefully so that it is not only a spending but an investment for the ENTIRE city. Visibility , image and representation are in fact important factors, but they are only a small part of the reasoning and evaluation that should be take place...